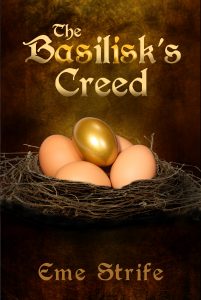 Dear diary…and anyone else who will listen:
Tonight, I met the man of my dreams.
Literally.

Whoever said living in California was glamorous and easy-going lied through their fucking teeth. I guess I can blame reality TV for that pervasive B.S. Maybe it was good thing my old man banned television at home for all the years he was alive, after all. I probably would’ve been even more deluded than I was when I’d moved up here from Arkansas three months ago.

Looking back, I’m not even sure why I did it; why, of all the places I could’ve chosen to start a new life, I picked Los Angeles: one of the most expensive places in the world to live. I don’t even know anyone one here. Heck, I’d never even visited the city before my move.

Still, I’m determined to make it here, to make something of myself. And that means I have no time for distractions of any kind—especially guys.

But then, he comes along; the sexiest, strongest, most handsome, most intimidating, and most powerful man I’ve ever seen.

He’s absolutely gorgeous, with eyes that seem to burn right through my soul and the most charming smile in existence, and his allure, his entire being, is simply magnetic.

He’s impossibly beautiful and just…ugh, perfect. He’s perfect. He’s everything every woman—and possibly quite a few men—wants, including me.

What I’m not prepared for, though, is how much he wants me, too.

However, there are three problems.

Two: I can only see him in my dreams.

And three: He commands an army of soul reapers.

And, apparently, that’s just the beginning…

This is a long, ongoing series and should be read in order for the best reader experience. It is NOT A STANDALONE.

Read the first book for free